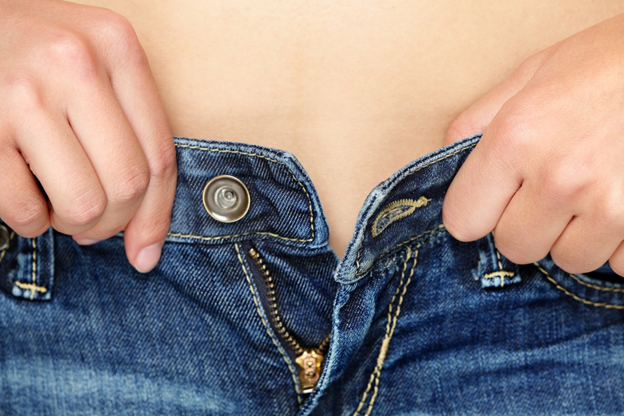 Want to know the essential things you can do to lose belly fat? If so, described below are things that can help you lose belly fat and become healthy. Now, the list is long. So, instead of jumping right in and following all of them, it is far better to first start with an easy one until you have made it part of your daily ritual. Next, gradually, add the others in time. Most of all, don’t rush because your body and mind need time to change.

First, a cup of oats contains six grams of protein and four grams of fiber. Also, the cereal has both the bulky insoluble fiber and the gel-like soluble fiber. Moreover, studies show that this dietary fiber lowers your body weight and regulates your body’s use of sugar. Furthermore, the soluble fiber absorbs water in your stomach and becomes like gel. Consequently, it swells up and takes longer to digest. As a result, you stay satisfied and reduces hunger.

Next, a 2009 12-week Japanese study had 144 obese people consume one or two tablespoons of apple cider vinegar daily for 12 weeks. As a result, those who consumed one tablespoon:

On the other hand, those who consumed two tablespoons lost 3.7 pounds, their body fat percentage dropped by 0.9 percent, and their waist circumference decreased by 0.75 inches.

By the way, the acetic acid in vinegar produced proteins that, in turn, burned fat.

Also, skip eating refined carbs like white bread, pasta, or sugary baked foods. By the way, this includes sugary drinks such as soda and fruit juices. Moreover, sugar increases belly fat while fiber reduces it. In fact, replacing sugary drinks with water will drastically reduce your sugar intake. But if you have a sweet tooth, eat an apple, melon, or fresh berries.

On the other hand, eat complex carbs like whole grains such as quinoa or sweet potatoes. Because they have high fiber content, the body doesn’t store as much water.

Also, begin your meals with seasoned vegetables. Or, if your prefer, vegetable soup. By the way, vegetables should always be at least half your meal.

Cut back on Salt

Meanwhile, salt makes you retain water. So, cut back on salt and packaged foods which is overloaded with salt.

Also, exercise burns up belly fat because exercise reduces levels on insulin. Which, in turn, tells your body to get rid of the fat. In addition, it causes the liver to use up fatty acids, especially those in the nearby visceral fat deposits. Moreover, for most people, this means 30 to 60 minutes of moderate to vigorous exercise almost every day.

Meanwhile, strength training builds lean muscle mass, which burns more calories over 24 hours. However, to allow your muscles to grow, strength training must be done gradually over time. On the other hand, over doing it can cause sore muscles, Consequently, these muscles need to be treated in order to continue with your strength training regimen.

Now, studies show, an average person spends an inordinate amount of time sitting. Regrettably, too much sitting negates all the effort put into aerobic and strength training. So, if you need to sit, make it a habit to get up as often as you can. For example, if you are in the office, use the lunch hour to go for a brisk walk.

Next, a recent study in the New England Journal of Medicine reported that intermittent fasting, in which you starve for 16 hours each day helps you in the following ways.

Finally, studies show that you are more likely to succeed, in losing belly fat, if the people around you also have healthy eating and exercise habits.

Few Eyes Corrective Surgery: The Types of It

Choosing The Right Walker For Your Child

A Quick Guide to Massage and Spa Services

What Are The Various Modes Of Consuming Weeds?

The Strength Of Cosmetic Dentistry

How Athletes Can Benefit From Taking CBD

Medical Marijuana 101: Eligibility, Getting A Card, And More!