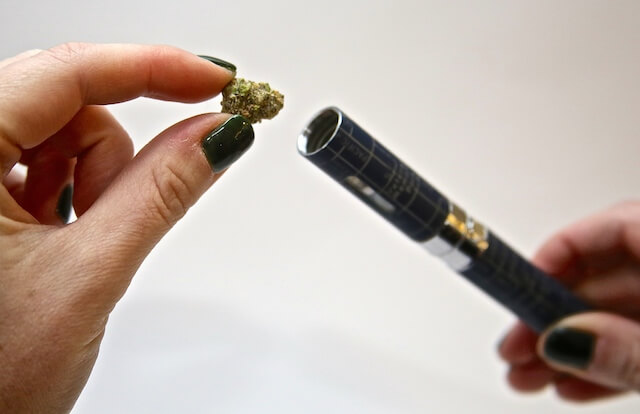 Cannabis has commonly been used for its medicinal value, but it’s become prevalent in the last half of this decade after more states legalized it for both medical and recreational use and with many other following suit. Traditionally, cannabis has been ingested through smoking, and this often counters the health benefits.

Vaporizers were invented in the 90s but were bulky, and transporting them was an issue. They only became mainstream in the last decade. The introduction of vape pens has made vaporizers compact, convenient, and easy to use. Thus there are popular in both smokers and non-smokers.

As they become more popular, vaporizers come with various options that you can choose from in a Dispensary Open near you. The initial vaporizers were the dry herb vaporizers and were used for ground cannabis flowers. Wax pens are also another form of vaporizer designed for wax, with oil pipes designed for oils.

What then are the benefits of vaporizers?

They’re a healthier alternative to smoking

Although smoking marijuana is healthier than smoking tobacco, there are always negative consequences in smoking any substance. Some toxic carcinogens and tars recreated when burning cannabis, and this is dangerous for your health. Vaporizers use convention to extract THC and CBD out of the flower, oil, or wax without releasing harmful substances that come with smoke. Thus vaporizing makes it healthier to ingest cannabis.

Any type of smoke is full of toxins from the byproducts created during combustion. Thus vapor contains fewer toxins than smoke. While studies have shown that e-cigs can contain some toxic chemicals, no evidence vaporizing has adverse effects. With vaporizing, no combustion- it’s only a release of the essential properties.

Secondhand smoke is released by the inhaler or the end of the cigarette, which has proven to be a leading cause of cancer, pneumonia, and other diseases for those exposed. In vaping, there is no combustion and, therefore, no secondhand smoke. Thus it becomes an environmentally viable way of consuming cannabis products.

If you’ve been in severe pain, you know how desperate you become for a faster pain reliever. If you’re concerned about your health, you’d want to consume cannabis through edibles. This often takes long before you feel the effects. You don’t have to worry about the health effects when vaporizing, and the result is fast and enormous.

If you have lung sensitivity or other respiratory problems, then smoking can be quite detrimental. Vaping then becomes the best alternative for the users.

The taste is better with a vaporizer

Smoking inhibits flavor, but once you switch to vaping, there are those wonderful flavors in every of your favorite varieties amplified. You could even discover a new favorite plant.

The portability of vape pens

The batteries in vape pens are long-lasting and can last for at least a full day of vaping. They are small and thus can easily fit in the pocket. The beauty of using vape pens is that you can use them anywhere because they don’t emit secondhand smoke.

Vaporizers are a perfect alternative to smoking. Thus if you’re worried about the harmful effects that come with smoking cannabis, you can try vaporizers that are available in some of the reputable Dispensary Near Me Open. Talk to the experts and let them guide you on the proper use of cannabis.

Good Reason Why You Should Keep Your Mind Working

A Quick Guide to Massage and Spa Services

Blue light and its effect on sleep

Best Healthy Diet Tips You Should Be Adopting

What is the difference between CBD and delta 8 flowers?

How Are Stem Cells Being Used as a Treatment for Multiple...

How you can save money for Medicare Supplement Plans on the...

Ways to Stay Fit During the Lockdown