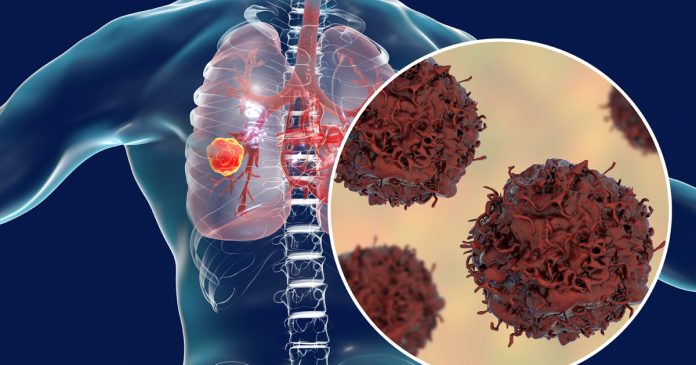 Lung cancer is believed to be the deadliest cancer in the world as the rate associated with it is pretty high. It is absolutely essential that the symptoms of this disease are not taken lightly and a chest specialist in Lahore or your city is visited as soon as possible.

This article provides you with an overview of the disease, its stages, causes, symptoms, diagnosis, as well as available treatment options.

The stages of cancer tell doctors the extent to which the cancer has metastasized. The chance of successful treatment is much higher when lung cancer, like any other form of cancer, lung cancer is diagnosed and treated in the early stages. However, as this deadly disease does not show visible symptoms in the earlier stages, diagnosis is often hard and comes after the spread of the illness.

Small-cell lung cancer (SCLC) has two main stages. In the limited stage, cancer is found in only one lung or nearby lymph nodes on the same side of the chest.

In the extensive stage however, the cancer has spread throughout one lung, to the opposite lung, to lymph nodes on the opposite side, to fluid around the lung, to bone marrow, and to distant organs

According to research, at the time of diagnosis, 2 out of 3 people with SCLC are already in the extensive stage.

Some of the most common symptoms of lung cancer include the following:

Common causes of this dangerous form of cancer include the following:

Specific tests are conducted after a physical examination including imaging tests such as X-rays, MRIs, CT scans and PET scans. These scans show the growth of any abnormal. On the other hand, sputum cytology is used to examining the sputum for the determination of any cancer cells.

Furthermore, a biopsy can determine if the tumor cells are cancerous. The types of biopsies conducted include:

Tissue samples are then sent to a pathologist for analysis. If the result is positive for cancer, further testing, such as a bone scan, can help determine if cancer has spread and to help with staging. For this test, a radioactive chemical is injected in the bloodstream. Abnormal areas of bone will then be highlighted on the images. MRI, CT, and PET scan are also used for staging.

Treatment for this deadly disease varies from person to person depending on the health conditions. In case of non-small cell lung cancer (NSCLC), options for treatment based on the stage of cancer are the following:

Stage 1 NSCLC: Surgery to remove a portion of the lung may be sufficient. Chemotherapy may also be recommended, especially if there is a high risk of recurrence.

Stage 2 NSCLC: Surgery may be needed to remove a part of or the entire lung. Chemotherapy is usually recommended.

Stage 3 NSCLC: A combination of chemotherapy, surgery, and radiation treatment may be required.

In case of small cell-lung cancer (NSCLC), options may also include surgery, chemotherapy, and radiation therapy. In most cases however, the cancer will be too advanced for surgery.

Late detection of the disease makes lung cancer the most dangerous cancer in the world. Therefore if you or anyone you know is suffering from the symptoms of lung cancer, please do consult a chest specialist in Karachi at your earliest.

How is an ADHD Test in Hong Kong Done?

Best Healthy Diet Tips You Should Be Adopting

How Cannabis Delivery Service can Benefit the Community

Buy Clenbuterol Online : How to do that?

How Cannabis Delivery Service can Benefit the Community

All about Cancer: 5 Risk Factors for Cancer

Safeguard Your Dental Health With The Proper Mouthwash

An Overview Of Drug Detoxification